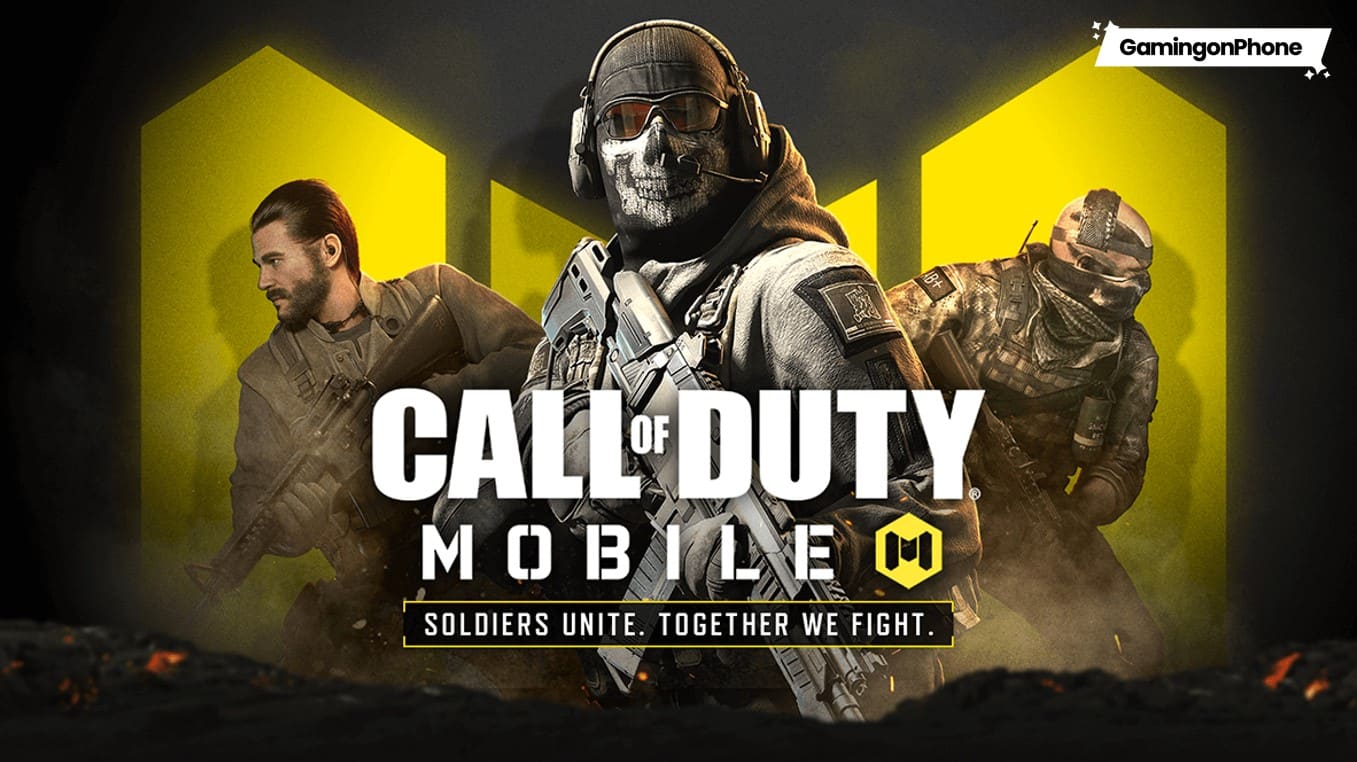 
1. Each kill +1 point.
2. Max 30 points (kill score + survival rank score) during the qualifiers
3. Point limit removed in semis and finals
4. MVP(Top Fragger) will be selected from the finals only.

1. Any use of hacks/emulators from any of the team members from any team will lead to ban of the whole team.
2. The usage of ‘jailbroken’ or ‘rooted’ devices in tournament matches is not permitted.
3. We reserve the right to edit the rules at any time and disqualify teams for reasons not stated in this list or take other action.
4. During an on-going tournament, players are not allowed to change their in-game name. Clan Tags before in-game names are allowed to be changed
5. Anyone/anyteam found exploiting bugs and using it to their advantage will lead to the ban of their team from the tournament.

-Your account must be signed in on tracker.gg for proof of rank. If one is found to have mentioned their rank incorrectly (smurfing), organisers have full rights to disqualify the team.
-You are not allowed to share or use another person’s game account. Your account is for your use, and your use alone.

-A “team” will consist of five players designated as starters and a maximum of 2 substitutes (entry fees don’t apply to substitutes).
-Each team will have a team captain.
-The team captain handles the administrative duties of the team.
-The communication between the organisers and the teams will only happen via the team captain(Discord or Whatsapp)

Team members should be online 5 minutes before their scheduled time. If a team member fails to show up, we will wait for the person for 10 minutes. If the teammate fails to show up after that, the game will proceed as it is. Players are responsible for any of their own technical issues

1 tactical timeout for each team. Any technical difficulties faced by the participants will be dealt with by the organisers as they see fit. The decision of what circumstances merit a game restart is solely at the discretion of the Tournament Administration. Restart protocol will be decided by Tournament Administration and communicated to the team before being executed. 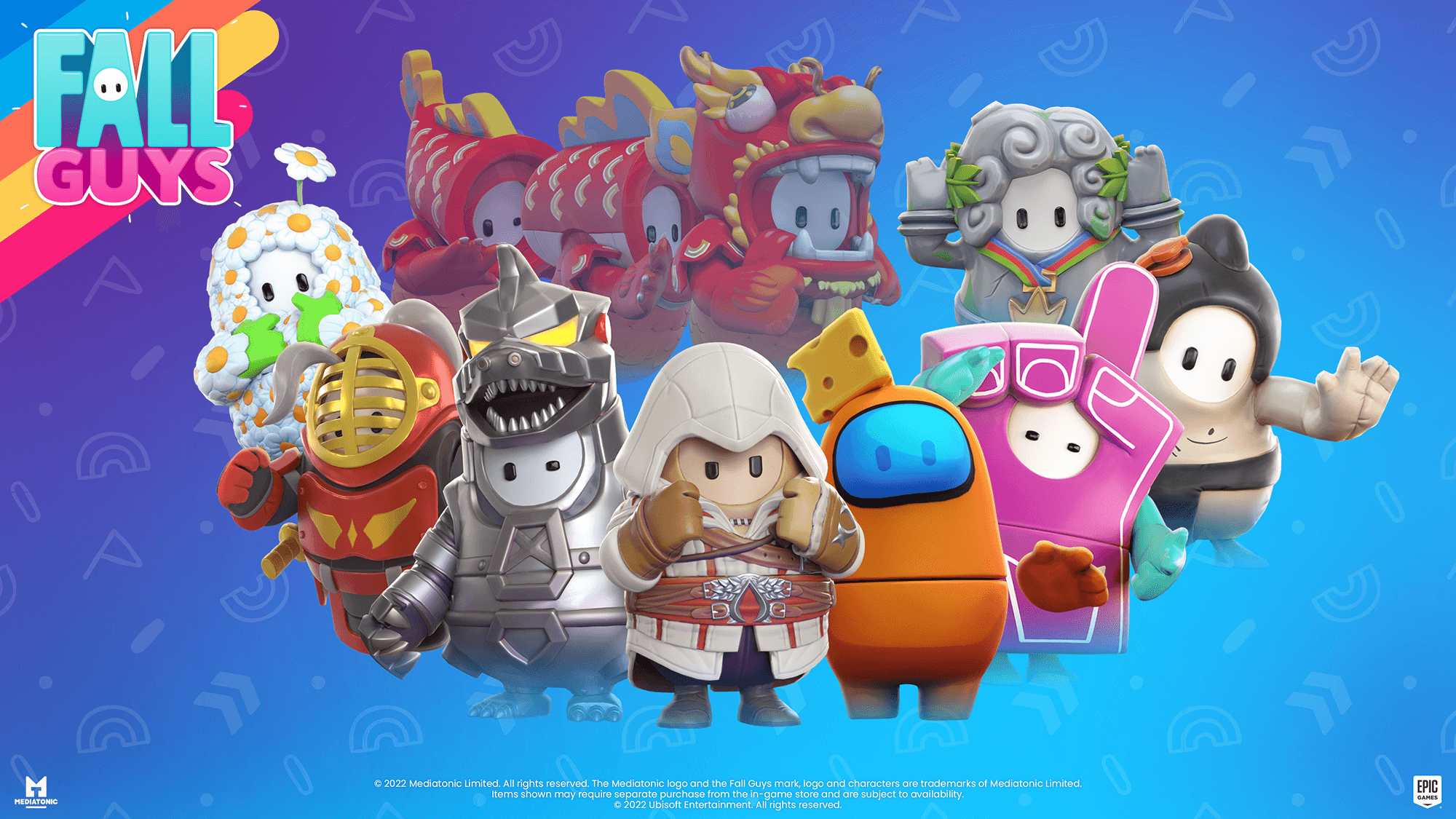 - A player is allowed to have only one (1) Fall Guys ID (Epic/Steam/PSN/XBOX) account active on our google form.
- You are not allowed to share or use another person’s game account. Your account is for your use, and your use alone.

- The game mode will be Solo Shows.

Goodies and vouchers worth ₹5,000 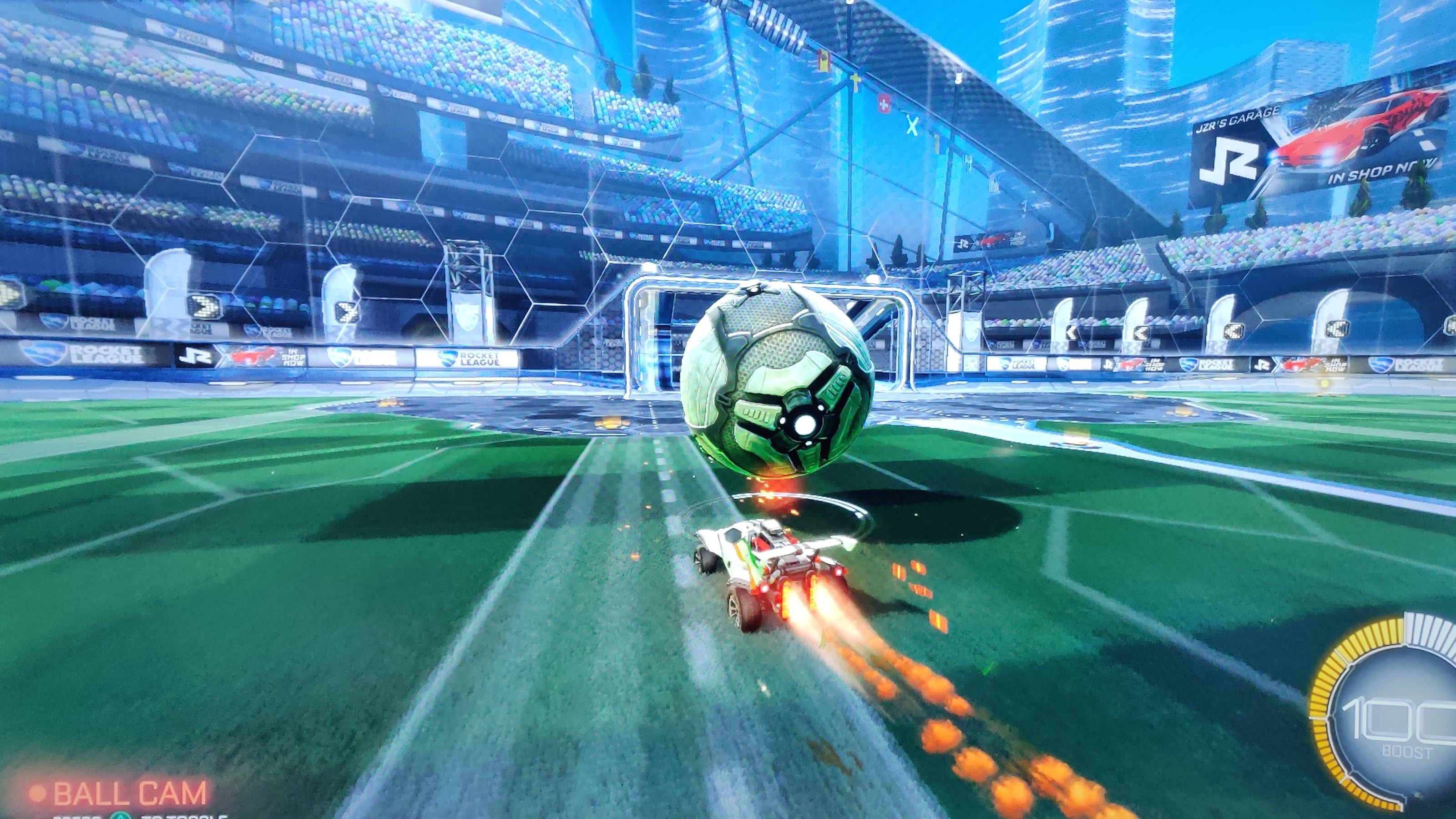 - A player is allowed to have only one (1) Rocket League ID (Steam/Epic/PSN/XBOX) account active on our google form.
- You are not allowed to share or use another person’s game account. Your account is for your use, and your use alone.

Goodies and vouchers worth ₹10,000

All the players have to be in the lobby before the time limit goes down (15 minutes). If there are players missing after this time limit, take a screenshot and post it in the #ROCKET LEAGUE channel on the NITK ROCKET LEAGUE discord server. The team which has less than 3 players after the time limit will be disqualified from the tournament. If both teams are missing players, then both are disqualified.

-Match has to be played in the following format: 3v3.
-The teams will be divided into Two groups.
-The teams will play in group stage in Best of 1 and Top two teams per group will be selected for the Playoffs.
-In semi-finals, The table topper of 1st group will play a series of Best of 3 against 2nd team of 2nd group and Vice versa.
-In the Grand Finale, The finalists will face-off in a series of Best of 7.

- BOTH THE TEAMS ARE ALLOWED TO TAKE MAXIMUM 1 tactical pause (2 MIN MAX BETWEEN ROUNDS).

As the name suggests, DJ Night will be the ultimate event for all the dancers and partygoers to groove and dance to your favorite tunes and beats. Join in with all your friends on 24th Sept from 8 PM to 11:30 PM and have the time of your life!

Paranox, aka Parakh Mathur, is a famous EDM artist and DJ. He is arguably the pioneer of Trap & Bass music in India and has played on India's biggest stages and venues, including Vh1 Supersonic & Sunburn. His style of fusing Indian elements with the craziest Bass Drops is a class in itself. He is the captain of the 'Bharatiya Bass Party' concert.

Lost stories are synonymous with Dance Music in India and South Asia. Ranked #52 on Dj mag 2016 and labeled the "Scene Starters" by DJ Mag, Rishab and Prayag began their journey in dance music in 2008 earlier producing Trance and Progressive House and garnering support from heavyweights like Tiesto, Armin van Buuren, BT, Markus Schulz, etc. They then evolved their sound with their debut album – Music for the # Generation (Universal Music) in 2012, the no 3 Album on Top 100 Dance Albums iTunes Charts. They've done extensive club and local festivals tours in India, UAE, China, Europe, Mexico, and multiple South Asian countries.
So make sure you join us at SAC and have an unforgettable experience! 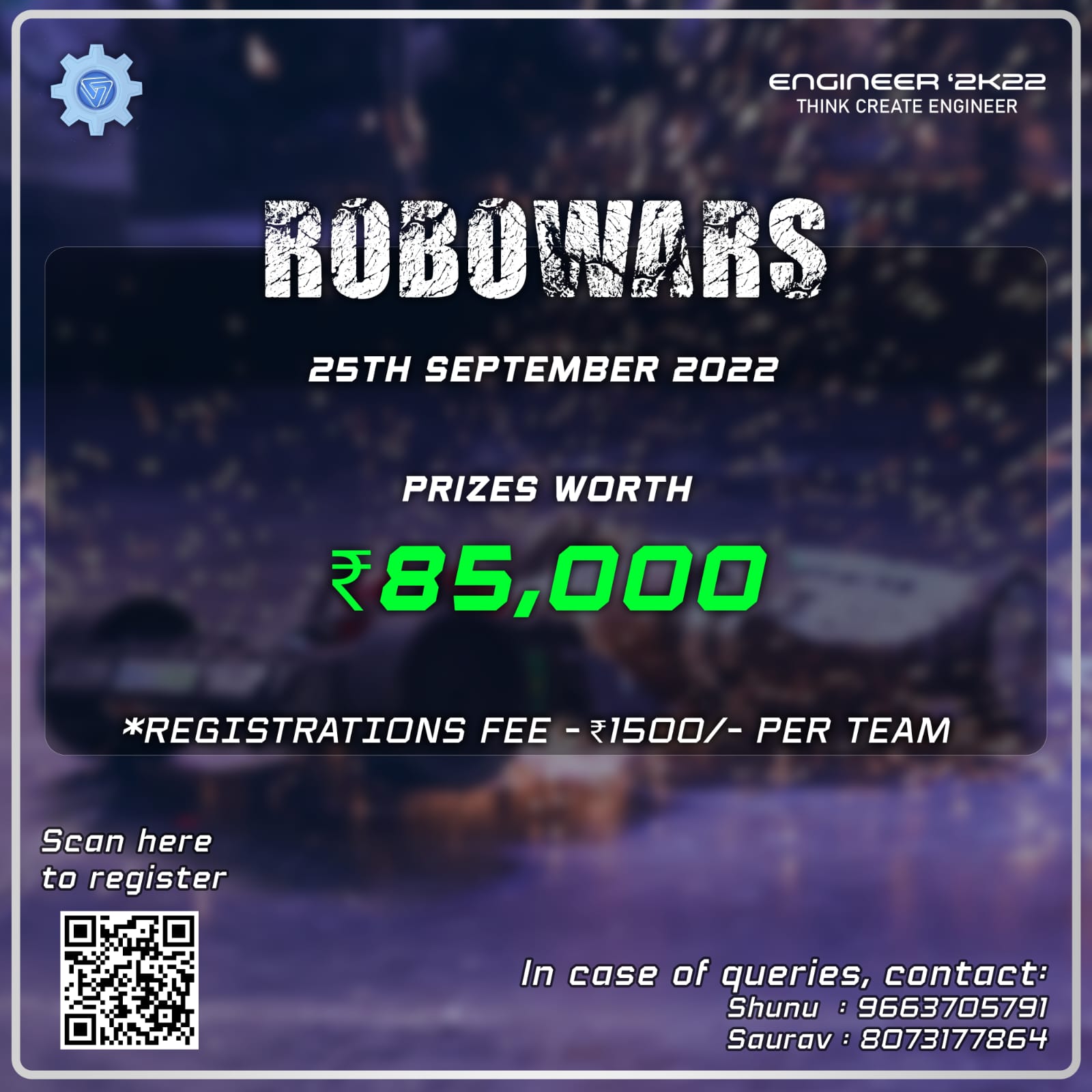 The competitors bring their robots ready to battle and are pitted against their competitor's robots in one-on-one matches. The aim is to push the opponent's robot and immobilize the opponent robot for a period of 10 seconds to score maximum points. The competition is carried out in a knock-out format. 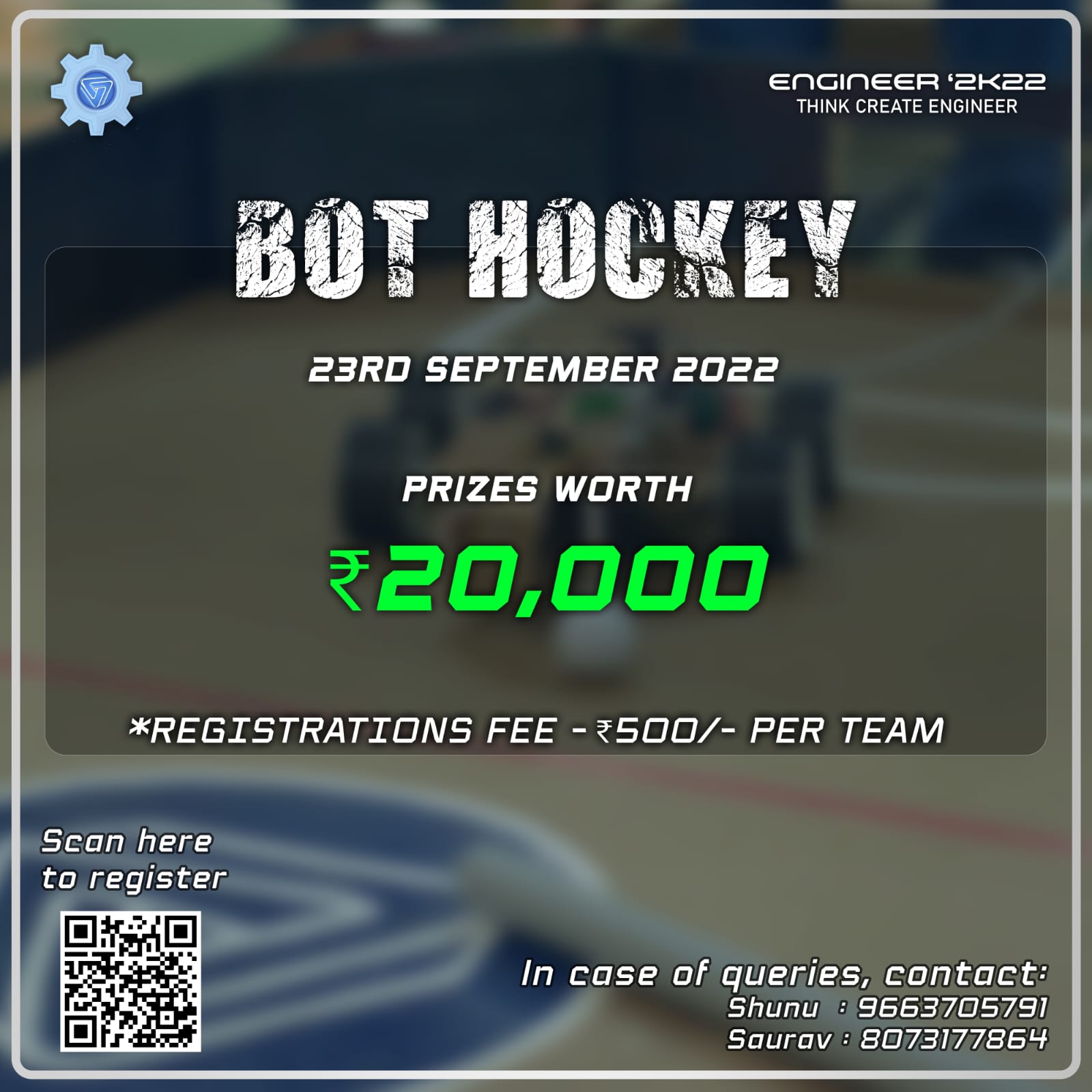 Bot Hockey is an exciting and challenging game featuring teams of remote-controlled robots competing to score goals using a puck similar to those used in street hockey. The game rewards teamwork and driving skills more than exotic materials and expensively built robots. The rules are a very simplified version of ice/street hockey rules with additions for the nature of the robotic players. 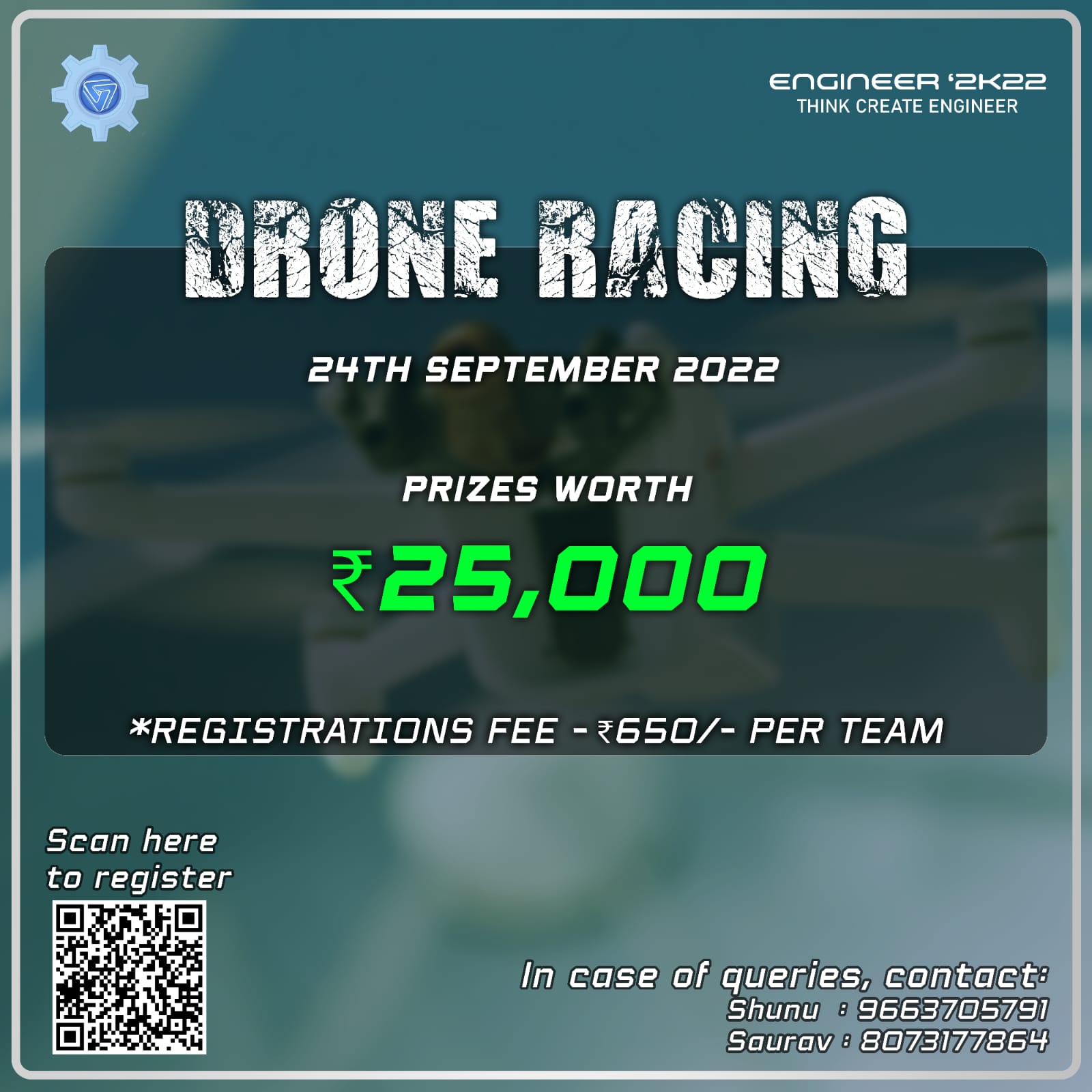 Drone racing is a thrilling challenge where players competing against the clock, maneuvering drones through courses filled with obstacles, gates, targets to score the most points and prove that they are the top drone pilot. The team with the most points at the end wins. The entire event will have three rounds. Have a look at the doc containing the rules for the event.
Date and Time: 24th September 2022, 8:00 AM
Venue: Old Sports Complex/Pavilion 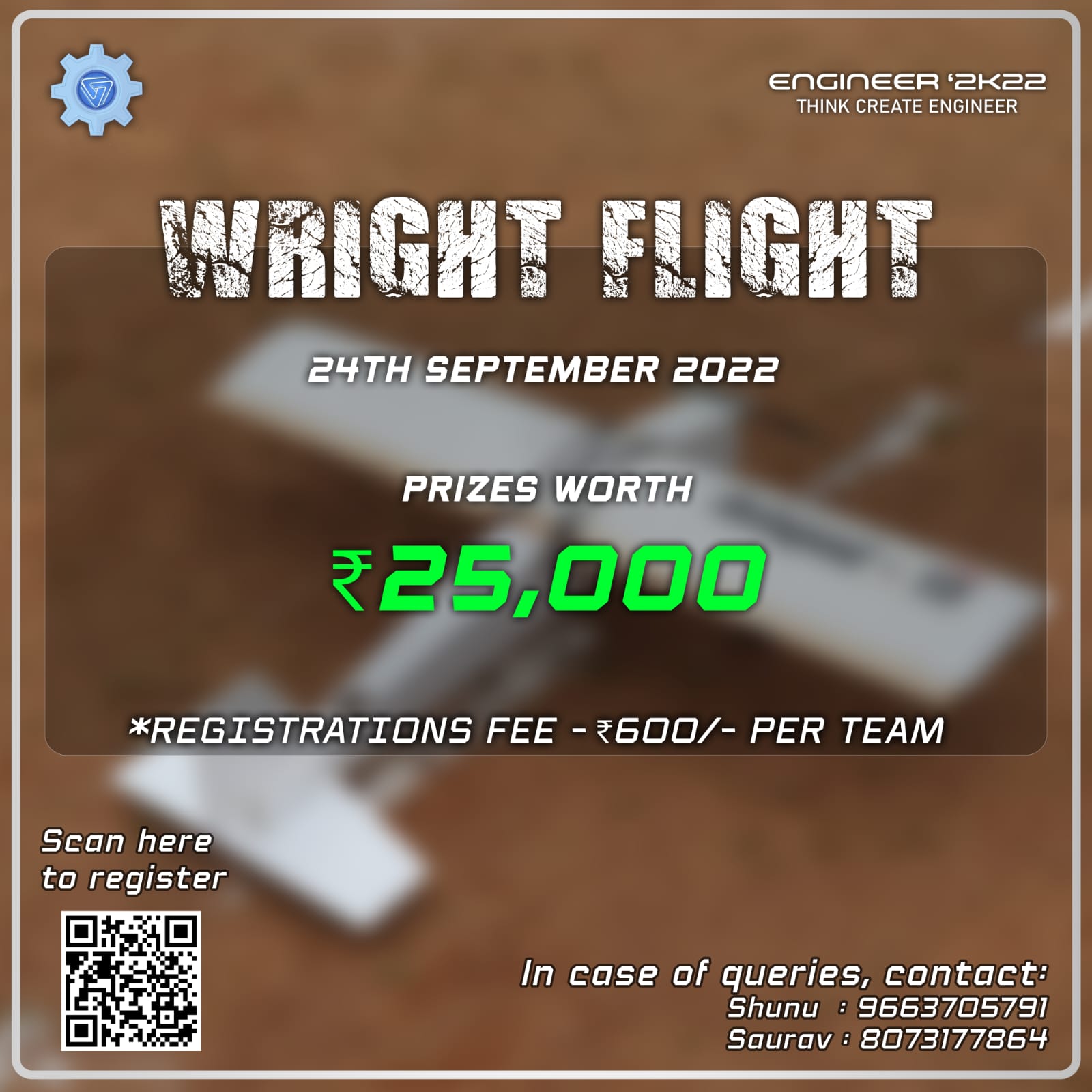 A battle of the skies with the use of remote controlled RC planes requiring them to fly, perform stunts and drop payloads to gather points. Team with the most points in all rounds win.
Date and Time: 23th September 2022, 9:00 AM - 5:00 PM
Venue: Old Sports Complex

E-Cell Business and Marketing SIGs in collaboration with ENGINEER 2K22 presents Startopia!
An event to that will make you think out of the box!
It is a team event where participants need to be in teams of 2 or 3 throughout the event.
The event consists of 2 rounds,
Round 1: Quiz
Round 2: Based on the scores from Round 1, the teams get to choose a product/capital belonging to different tiers and will have to prepare a marketing pitch on it.
Date and Time: 23th September 2022, 10:00 AM
Venue: LHC C CLASSROOM
Register Now 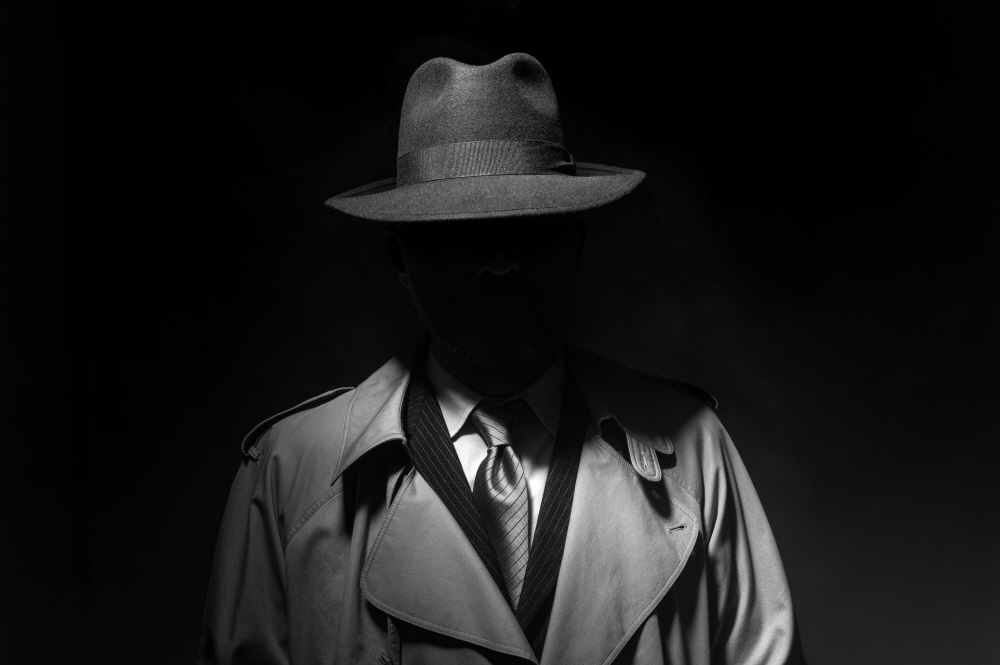 Please do bring your valid id proof!
Limited slots only, so register ASAP

Greetings from the Quiz Society (QuizSoc), Literary, Stage and Debating Society of NITK Surathkal! We are thrilled to announce that we will be conducting two quizzes during NITK Surathkal's annual technology festival, Engineer. It's open to all ages! 1. SciBizTech Quiz - Quiz on all things science, business and technology 2. The Space Quiz - To infinity and beyond! Registration Fees for both quizzes: Rs. 100 (per team) Team Size: 3 or less

Register Now
Important!
* Fill your Email and other details carefully
* All the payment should be done through engineer.nitk.ac.in website only